QuickChess is now live on Kickstarter!

“QuickChess®” will be celebrating its 25-Year Anniversary in 2017 by going digital! It’s a multiple award-winning board game that has young children learning quickly, and experienced players sharpening their skills. It’s simple but enjoyable, because the challenge escalates indefinitely as you improve. It features a smaller board and reduced number of pieces, with a series of mini-games that teach chess, which can each be played in 10 minutes. When you’re ready to put your skills to the test, flip the board over for a full set & board!

Invented 25 years ago by New York City Firefighter Joe Miccio and released as a board game,  it quickly became popular and has been recommended by many chess professionals including Grand Master Susan Polgar (4 time Women’s World Champion)!

This new digital version being developed by the amazing team at REDOX Game Labs will include new challenges created by Ms. Polgar and adds modern technology and flair to the original QuickChess board, allowing players to customize each piece as well as the scenes where their games take place.  The chess pieces will also interact and suggest moves based on the in-game situation, helping players evolve their skills. 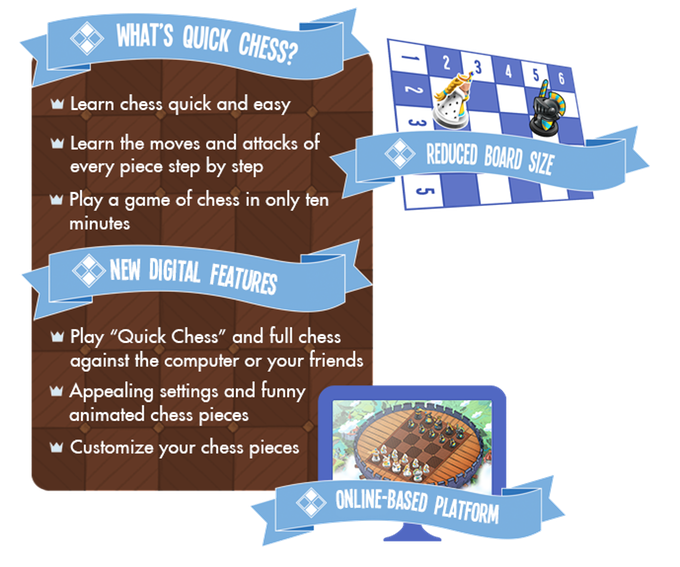 Yet there is even more great information on this amazing game which you can read about directly on Kickstarter.   So what are you still reading this for?

Your support is needed to help bring this amazing game of thought and intellectual combat to the digital age for players of all ages!