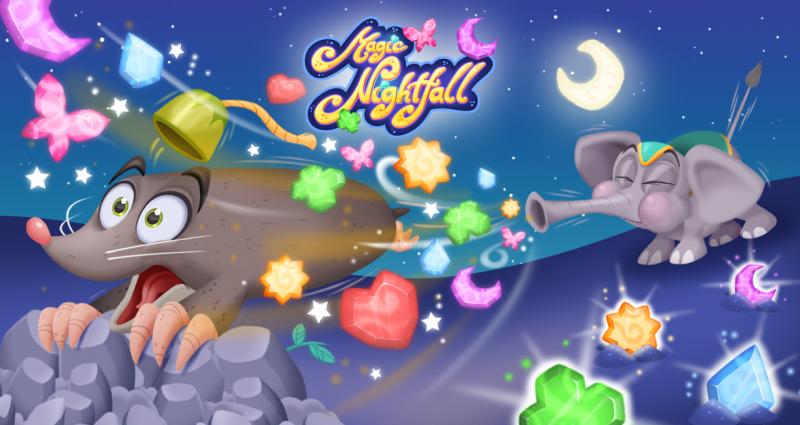 Our friends over at Promineo Studios have just released Magic Nightfall!

Villains have stolen eastern Kingdom treasures! Help Aisha to get back gems and jewels of the Kingdom while rescuing her cute animals friends. Put your puzzle-solving skills to the test in this marvelous eastern colorful world using shiny combos, super pets power ups and build up your pearl power to defeat wacky villains in epic match battles, unleash Aisha gathering abilities and powers.

So what are you waiting for? Install Magic Nightfall on your favorite device and see if you can save the Eastern Kingdom’s treasures!